In summer 2016, Community Consolidated School District 21 voluntarily and proactively contracted with Hygieneering, Inc., to collect water samples from all 14 CCSD21 buildings and test for levels of lead. Hygieneering obtained samples from 58 sink and water fountain sources across the district and the water was tested by STAT Analysis Corporation, a laboratory accredited by the Illinois Environmental Protection Agency (IEPA). The U.S. Environmental Protection Agency (U.S. EPA) indicates that action must be taken to remediate if a water source has a level of lead equal to or greater than 15 parts per billion (ppb). Every sample yielded either non-detectable or non-actionable levels of lead.

A new law went into effect on January 1, 2017, requiring school districts across the state to complete more rigorous testing before December 31, 2017 in buildings where pre-K through fifth grade students attend. While the action level from the EPA of 15 ppb is still in effect, the law sets a lower reporting level of 5 ppb. Hygieneering obtained samples of water from 218 sources across all CCSD21 buildings and STAT Analysis tested the samples. Of 218 sources tested district-wide, 202 had non-detectable (<1.0 ppb) or low (<5.0 ppb) levels of lead. The remaining 16 sources were located in six buildings and had at least one test result above 5 ppb.

Two samples were taken from all sources, one after the source had not been used for more than eight hours (sample A), and a second sample after water had been flushed through the source (sample B). The 16 sources that initially tested above 5 ppb were also retested. The water to these 16 sources was shut off immediately upon receipt of the initial testing results and has not been turned back on except for retesting. This summer, work will be done to further mitigate the levels of lead, which could include fixture replacement, filtering, and/or installing an auto-flushing fixture to ensure water does not sit within pipes.

Why did the district conduct testing?
CCSD21 initially conducted testing in summer 2016 as a baseline measure of water quality. The most recent sampling in spring 2017 was as a result of a new law in Illinois that requires school districts to complete water testing if they serve students in grades pre-K through five.

Where did the district conduct testing?
Water sources in all 14 CCSD21 buildings were tested, not just those attended by students in grades pre-K through five. In total, water from 218 sources was tested.

How much lead is acceptable in water?
The U.S. EPA’s action level for lead in public drinking water supplies is 15.0 parts per billion (ppb). However, a new law in Illinois requires schools to notify parents if a source of water tests at or above 5.0 ppb.

How much lead is in the drinking water at my child’s school?
Of the 218 sources tested districtwide in spring 2017, 202 had non-detectable (<1.0 ppb) or low (<5.0 ppb) levels of lead. The remaining 16 sources were located in six buildings and had at least one test result above 5 ppb. Water to these 16 sources was immediately shut off upon receipt of the test results and will remain off through the end of the 2016-2017 school year. Work will be done in summer 2017 to further mitigate the levels of lead, which could include fixture replacement, filtering, and/or installing an auto-flushing fixture to ensure water does not sit within pipes.

Does washing hands or showering in lead-contaminated water pose a risk?
No. According to the U.S. EPA, washing hands, and even bathing or showering, should be safe for children and adults, even if the water contains lead over U.S. EPA’s action level. This is because human skin does not absorb lead in water. 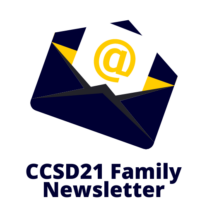 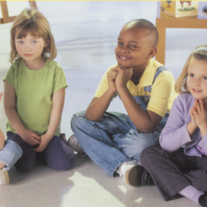